3 Ways to Facilitate a Great Conference Session, a Guest Post from Sisi Wei 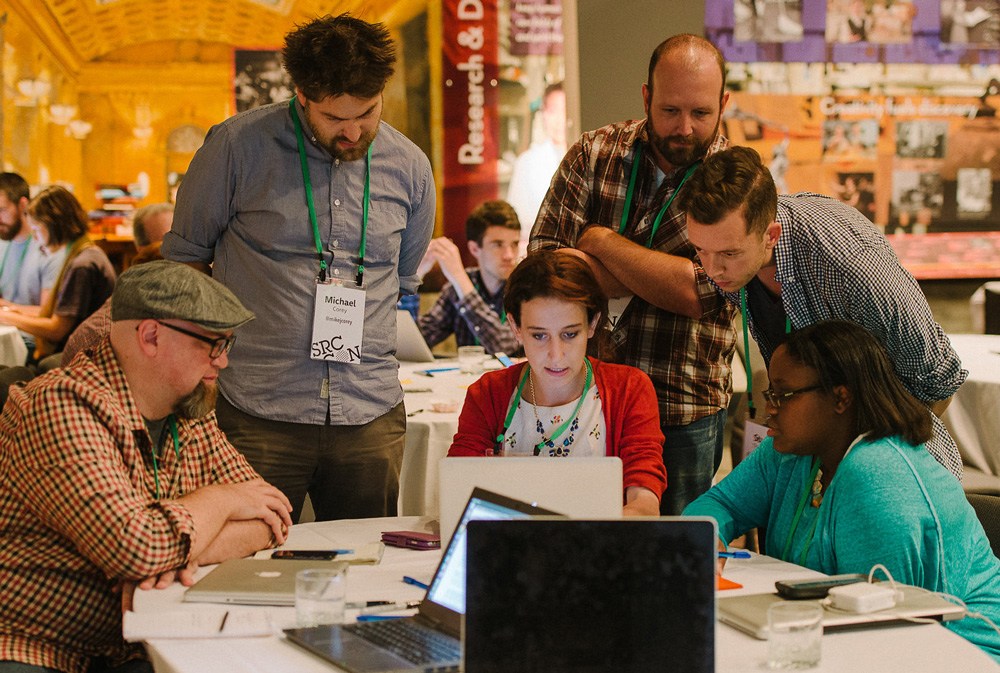 If you’ve never presented at a conference with facilitators instead of speakers before, you’re in for a treat. Facilitation is a much more interactive way of running sessions at conferences, and when done well, both the facilitator and the attendees walk away feeling inspired, motivated, and like they’ve learned a lot from everyone in the room.

So how do you make that happen? Here are my three biggest pieces of advice:

1. Create activities that enable the entire audience to both teach and learn

Everyone in the room has something different to offer, so take full advantage of all your attendees’ backgrounds and experiences. Give them a chance to learn from each other.

One masterful way I’ve seen this done was in a 2014 SRCCON session about how we could redesign the newsroom, facilitated by Tom Meagher. Tom had everyone stand in a circle, and asked a series of questions about our newsrooms and our jobs. Each time, if you answered yes, you stepped forward. Sometimes, discussion followed. Here’s an example question: “Who here thinks their job description actually describes their job?”

And what did everyone learn?

2. Does your session include controversy? Put people in the heart of it.

People are going to come to your session because they want to either (1) hash it out, (2) be convinced one way or another, or (3) learn what all the fuss is about. Your job is to make sure the discussion everyone wants to see actually happens.

One way to do this, is to give people different (and potentially trying) scenarios, and ask them to vote on how they would act. Then, after the exercise, facilitate a discussion over the actions and their consequences.

Last year at SRCCON, David Yanofsky and Becky Bowers facilitated a wonderful session on enabling reporters to make and publish their own charts. But instead of just telling the attendees what they do at their newsrooms, they asked them to judge for themselves. David and Becky divided the room into 6 teams and showed us one reporter-created chart at a time from their newsrooms (until we hit 10). After each chart, we had to vote as to whether we’d “run” the chart, “fix” it, or “kill” it.

So what did the attendees do?

What did people leave with?

3. Give them something they can take home with them

Many sessions are centered around finding a better way to do something.

Let your attendees be your guinea pigs, and give them the opportunity to create something that will be useful to themselves, and potentially everyone else, after SRCCON is over.

There’s a lot of good examples from past years in sessions like this:

Don’t worry about incorporating all of these tips into your session. Even if there’s part of one that you think could fit well with your topic, try it out and see what happens. Just remember: at the end of the day, be prepared, and be ready to collaborate with your audience.