How We Facilitated a Huge, Participatory, Highly Charged SRCCON Session, a Guest Post from Alyson Hurt 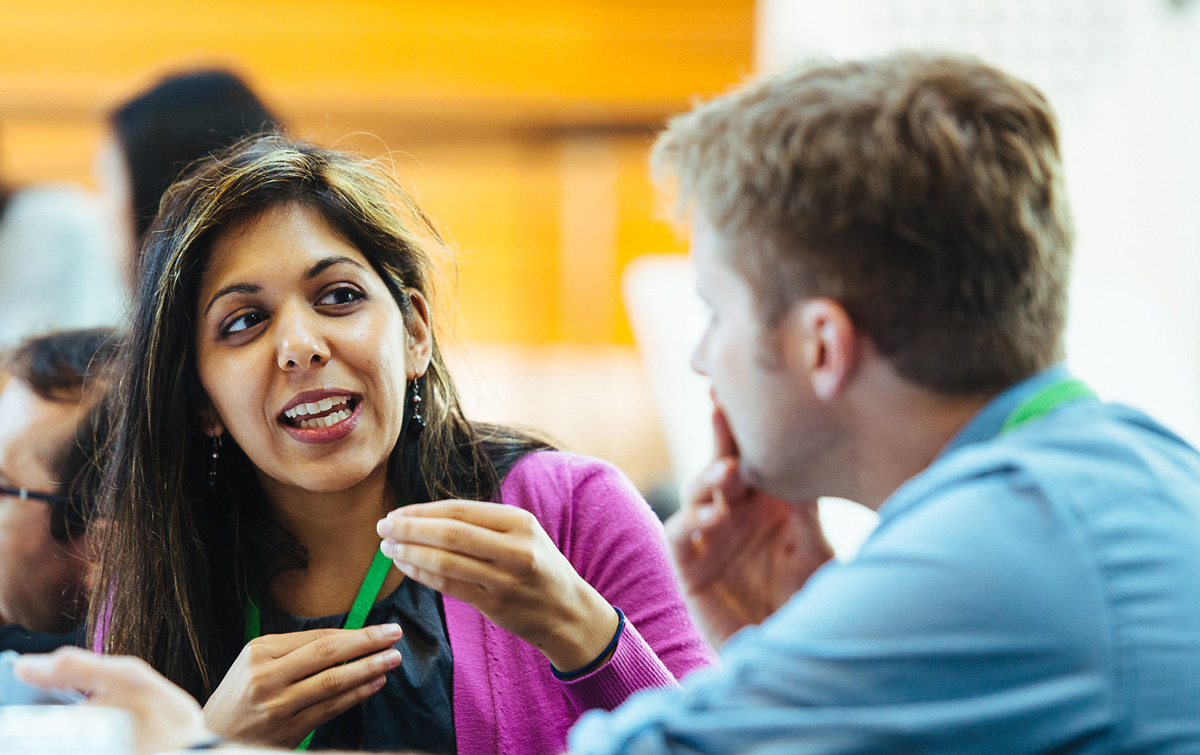 For SRCCON in 2015, Tiff Fehr and I presented a session about burnout.

We had proposed separate but related sessions—mine about burnout in the newsroom and hers about self-assessments and “unlearning” habits and assumptions—and, perhaps seeing some compatible themes, the conference organizers paired us up.

As the SRCCON organizers reminded us, our job was to facilitate a session, and our topic in particular felt like it was meant to be a conversation (rather than, say, a skill-share or lesson). We had some thoughts and past experience to share, but we by no means considered ourselves experts. In a group setting, we could all learn from each other about ways—as individuals, as managers, as teams, as organizations—folks are dealing with burnout and job satisfaction now, and maybe devise new strategies to try in the future.

Our session planning started with a few emails and quickly moved into a Google Doc brain dump. First we outlined the themes we wanted to tackle and filled in everything we could think of that we’d want to cover. Then we started to plan out how we wanted the conversation to go. Tiff created really useful structure for it: A bulleted list of key themes/goals, time allotted and a few sample prompts/themes. For example:

We tried to heed SRCCON organizers’ advice about audience and flexibility. Because we didn’t know how many people would attend, we also tried to game out how this conversation might go with a small group versus a very large group. And we needed to allow for some flexibility in timing and structure, depending on how people were responding. For example, we figured that if we had a large group, we might break the conversation up into small-group conversations. (While we did end up with a large group, the full-room conversation went so well at the beginning that we ended up not breaking into small groups after all.)

We “overprogrammed” our session a bit so we had some material to fill in awkward pauses—and some easy things to cut if the session ran long.

At the beginning of the session itself, we also established ground rules. People have lots of feelings about burnout and being overwhelmed and it’s cathartic to have a space to talk about it—especially with a group that’s likely faced similar issues. But with only an hour scheduled, the conversation in this session needed to focus more on solutions and coping strategies. We also asked folks to abide by “FrieNDA” and not share others’ personal stories outside the session without permission.

And because the doc was sort of like another person in the room, the larger group could serve as a check against the rare comment that started to cross a line (like jokes about alcohol as an antidote to work problems) or veer too far off-topic.

By the end, we had a fantastic document of the room’s collective wisdom on this subject. (In another setting with a different group of people, this could have gone horribly off the rails. But here, it didn’t. I’m proud of this supportive community and grateful to be a part of it.)